Wherever I wander in the locality of Streonaeshalch in the lovely Kingdom of Northumbria, I find that everyone is animated and excited about the forthcoming Pedagogues' Strike. Even my fellow 4-footed creatures are quite enthusiastic about it. For example, I saw Feaxede the Fox yesterday; despite his constant rummaging around the municipal dump in the interests of archaeological research (not to mention his search for chicken carcasses in varying states of decomposition), he's still found the time to acquaint himself with the current issues of the Kingdom. When I asked his opinion about the Strike Action, he told me that he was all in favour of it. His answer puzzled me, so I asked him to explain. His reasoning was that this is a golden opportunity for the educators, their opulent and cossetted revolutionary Trade Guild commanders and all of the Redistributionist and Guildist hangers-on to utterly discredit themselves before the long-suffering, heavily-taxed Northumbrian public. He - like me - is of the opinion that any initial enthusiasm from the populace for the Strikers will soon transform into a simmering resentment - once they realise that they're supporting a hubristic elite, who naturally assume that those lesser beings of Northumbria who demean themselves by Making or Cultivating Things should continue to suffer deprivation, higher taxation, prices and the effects of the Cuts to subsidise the elegant lifestyles of elderly pedagogues. 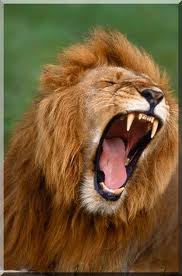 Later on, I went to pay my old feline friend Leo a call. I feel so sorry for him, cooped up in that cage; he was born to be free and to roam the realm with his natural God-given dignity. Nevertheless, I'm always inspired by his stoicism when I talk to him. After all, he says, he gets his daily ration of meat, although I'm quite sure that this Cat wouldn't eat it, since it's in an advanced state of putrefaction and maggot-ridden. When I briefed him about the forthcoming Action by the Teachers and the reasons behind it, he salivated at the very thought of it. I asked him why. "Well," he said, "it's the thought of those Trade Guild commanders: they'll be so well-fed from the sumptuous banquets they're so used to attending that they'll make a succulent meal." But suddenly his expression changed from eager anticipation to one of doubt. When I asked what the matter was, he said, "It's suddenly occurred to me that the cumulative effect of years of magic mushroom chewing will contaminate the meat..."
Posted by Caedmon's Cat at 14:12